Geto Kogen, located west of Kitakami City in Iwate Prefecture, offers some of the best quality powder on Japan’s mainland of Honshuu. Geto is known for its unpredictably bad weather, which on the flip side, always means tons upon tons of powder; an average of 15m per season and a record 6.5m across 3 months in 2014. It offers 17 courses and 430m of vertical, with 5 lifts including 2 gondolas and a hooded quad lift. As of the 2016 season Geto has opened 3 new Advanced Plus courses making the most of the area’s tree runs and thick powder. With little overcrowding combined with fantastic tree runs down a series of short ridges, almost endless powder and minimal shrubbery, Geto is the perfect hidden gem resort for any powderhound.
The resort has no village and limited accommodation facilities restricted to simple dormitory-style lodging. Greater accommodation options are available around the foothills of Geto Kogen which feature several Onsen hotels and ryokans, including the stunning Semi Onsen. Alternative options include staying in Kitakami City, which has several daily shuttle services travelling to Geto Kogen Resort. 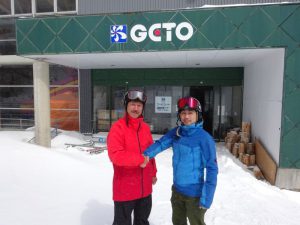 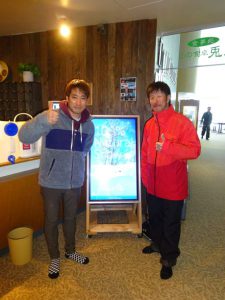 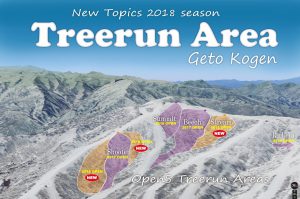 1) Users of the Geto Kogen area, regardless of activity are fully responsible for themselves, especially in areas deviating from the provided courses. We advise only confident and experienced persons enter these areas.
2) Expenses related to search and rescue activities will be incurred.
3) Riders entering the tree runs must wear helmets. We also advise that charged mobile phones are taken and that the emergency contact telephone number is noted before entering the zones.
5) Be weary of patrols- there is a possibility of lift-pass confiscation.

Located in the northern Tohoku region of Honshuu, Geto can be reached through the city of Kitakami. Kitakami is connected with Tokyo via the JR Tohoku Shinkansen and takes approximately 2.5 hours; from there a free shuttle bus runs from the East exit of the station to Geto Kogen (50 minutes).
The resort is also accessible via car with rental cars available at the station.

If you wish to travel to any of the above ski resorts, we provide a number of options to cater for your transport needs, regardless of group size. 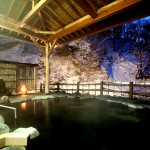 This solitary-house style hotel sits in the Geto Kogen Onsen Village, a 30 minute drive from the scenic Geto Kogen Ski Resort. The hotel is split across the Main building and the New wing, giving you ample choice of guest rooms, but the real charm of Semi Onsen lies in its traditional Japanese atmosphere alongside seven baths, all of which draw hot springs from three headsprings with differing properties. Experience true Japanese hospitality, cuisine and culture at Semi Onsen. 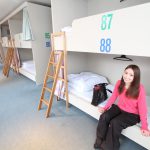 Geto 88 camp like an upscale version of dormitory accommodation. The accommodation has 88 beds with 2 storey bank beds. Each bed has a power point, a reading light, and a curtain makes more privacy. A buffet breakfast and dinner is including of your stay. A dinner is either buffet or a simple set menu. You can BYO drinks (wine or beer) with small corkage.